ADD Myths busted - Ritalin is not a long-term solution 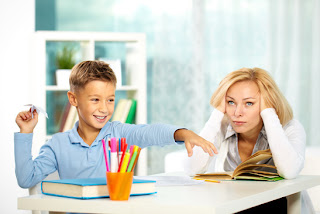 Ritalin (methylphenidate) is one of the commonly prescribed drugs used to treat ADD or ADHD. When it is effective, it is very useful as the child/adult appears to be able to concentrate better and the hyperactive child is able to calm down.

Often the solution is thought to be to medicate children and even adults that display symptoms of ADD/ADHD. Even though Ritalin has been used since 1957 to treat children and adults, Ritalin still includes the warning statement; Long term effects of this medication have not been tested (Center for Substance Abuse Research, CESAR, 2009). In truth the effects of Ritalin have only been tested on children and adults for the last decade.
The new technology of Functional Magnetic Resonance Imaging (FMRI), has been used to monitor the effects of Ritalin on children.
Looking at an FMRI scan it is obvious that not only is Ritalin stimulating the necessary part of the brain of the ADHD child, it is stimulating the entire brain unnecessarily. In the child who does not have ADHD the scan shows that Ritalin actually slows the brain activity. The increased activity in the frontal lobes of the child suspected of having ADHD is three times as much as the child who does not have the disorder.
Only medicating children or even adults without addressing the cause of their symptoms which may be due to neurophysiology, diet, home, school, or work environment the desired effects may only last in the short term. The most effective treatment for ADD/ADHD is a combination of dietary intervention, medication, the necessary supplementation, neurofeedback training and therapy and/or counselling to learn coping skills and adaptive behaviours.

*NEVER stop taking Ritalin or other drugs without first consulting your doctor.

Contact us for more information on ADD and ADHD